To share your memory on the wall of Freddie Sneed Sr., sign in using one of the following options:

Provide comfort for the family by sending flowers or planting a tree in memory of Freddie Sneed Sr.

Provide comfort for the family by sending flowers or planting a tree in memory of Freddie Sneed Sr.

Freddie completed his early school years in Wilmington and then the family moved to New York just in time for High School. He attended Boys High School in Brooklyn, NY until he graduated. Soon after Freddie joined the United States Navy. Freddie became a standout in more ways than one. He was the only African American in US Naval School Instructor Training, and the only African American in Naval Air Training Command Chief Petty Officer Leadership School. He completed them both successfully. He also was the only African American when he was in the Second Platoon. On October 2, 1963, The Department of The Navy entrusted and appointed Freddie Sneed A Permanent Chief Radarman. He served in that capacity until 1974 where he retired as Chief Operations Specialist from the United States Navy after serving 20 years.

Freddie Sneed went on to join Sears Roebuck and Company ( Sears). He started as a salesman and worked tirelessly. His efforts did not go unnoticed because he became the #1 salesman in the country. He was sent to Chicago and honored in such a grand way by corporate. Freddie didn’t stop there, he continued to apply himself until he was promoted to manager of one division. His supervisor saw his dedication and know how, that he promoted him to manager of another division. So here was Freddie Sneed a manger of two divisions. He gave his all to Sears until he retired after 25 years of service. Mr. Sneed had a long and Prosperous life.

To send flowers to the family or plant a tree in memory of Freddie Sneed Sr., please visit our Heartfelt Sympathies Store.

Receive notifications about information and event scheduling for Freddie

We encourage you to share your most beloved memories of Freddie here, so that the family and other loved ones can always see it. You can upload cherished photographs, or share your favorite stories, and can even comment on those shared by others.

Posted Jun 19, 2020 at 10:04am
Will always remember Mr Sneed. I had left the block a long time. Our houses were right across the street from eachother. He always waved at me when he saw me. My deepest condolences to the family for their loss.
Comment Share
Share via:
DF 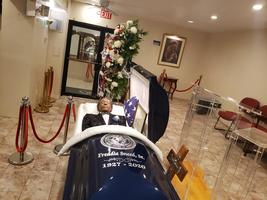 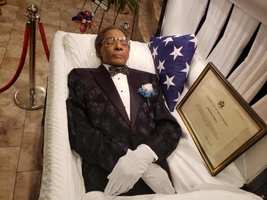 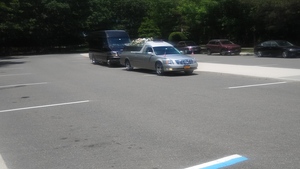