To share your memory on the wall of Donna Bryant, sign in using one of the following options:

Donna was a beautiful person, both inside and out. Her spirit was joyful and she would always make you laugh. Being around her was such a joy. She did some of the funniest things too. If she came to your house, you better bet, she was peeking in your closets. She wanted to make sure you were stylish and on trend.

Donna also had many talents. She managed her household regardless of how many people lived there and she planned some great parties. She also had the ability to read your disposition well. When someone was troubled she would encourage them, and would do so in a humorous way. She never let anyone feel like a stranger and she had the ability to make you feel both loved and appreciated. Donna was so sweet that she earned the nick name, Apple Plum. Some also called her Donnie, Donna Bonna, Donna Girl and Aunt Donna. She was Aunt Donna to everyone.

Donna loved to travel both in and out of the United States and she had a love for the tropical islands. Donna would travel with one other person or 20 other people. She passed on the love of travel to her family.

Donna was cherished by many and her presence will be missed. She is preceded her in death by, her Father Willie Bryant Jr., Brother Carnell Blount, and Sister Cherlane House. She leaves behind those who will cherish her memories, her mother Nettie Bryant, Brother Willie Bryant III (Caran), Sisters Carolyn Mayfield, Paula Bryant (David Walker) and Kim Williams (Everett Williams Sr.), as well as a host of nieces, nephews, family and friends.

During her last days she was at home under the loving care of her niece Nicole Bryant and Nicole’s daughters.

We will see Donna again in the resurrection John 5:28, 29.
Read Less

To send flowers to the family or plant a tree in memory of Donna Marie Bryant, please visit our Heartfelt Sympathies Store.

Receive notifications about information and event scheduling for Donna

We encourage you to share your most beloved memories of Donna here, so that the family and other loved ones can always see it. You can upload cherished photographs, or share your favorite stories, and can even comment on those shared by others.

Alisha&Nikittia sent flowers to the family of Donna Marie Bryant.
Show you care by sending flowers

Posted Jun 28, 2020 at 06:37pm
My condolences to the family. We will all miss Donna. She loved her family so much and I will forever miss my conversations with her and the way she was always so calm and kind. She taught me how to make her version of banana pudding with cool whip. 😀Sleep in peace you are loved by many.From: Kitema Byrd and family.
Comment Share
Share via:
RP

Posted Jun 26, 2020 at 01:54pm
Hey Everet and Kim,
So sorry for the loss of your sister Donna.
We were able to view your sister's funeral service over the internet; we got in about 1:10pm till the end of viewing.
They did a nice job considering the Corona19 virus going on.
Thanks again for letting us attend viia Internet !!
Mom and Ruth watched along with me.
Sending our Condolence to The Bryant Family - (Everett and Kim)
Love to you and the Bryant Family from the Parham Family in Hackensack, NJ

Posted Jun 26, 2020 at 12:56pm
I will miss you my God sister Rest in Heaven Donna I will see you again Love Irene Williams
Comment Share
Share via:
JB

Posted Jun 26, 2020 at 12:37pm
Praise the Lord!
We are so sorry to hear of Donna's passing. We will miss her. Few people were as sweet as Donna, and when she flashed her beautiful smile, it was impossible not to smile as well. We pray that she is in the comfort of Jesus' presence, and for all of the family to be to be blessed at this time of remembrance, being prepared to meet her in glory one day.
Love,
Jo and Darlene
But I would not have you to be ignorant, brethren, concerning them which are asleep, that ye sorrow not, even as others which have no hope. For if we believe that Jesus died and rose again, even so them also which sleep in Jesus will God bring with him. 1 Thessalonians 4: 13-14
Precious in the sight of the Lord is the death of his saints. Psalm 116:15
Comment Share
Share via:

Posted Jun 26, 2020 at 12:21pm
Prayers and condolences to the Bryant Family, Donna was the sweetest person you ever want to meet, she cared for soo many. Rest in Victory until we meet again. Charlotte Muller and family.
Comment Share
Share via: 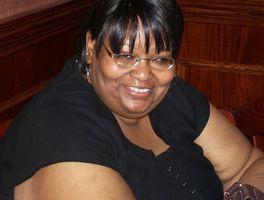 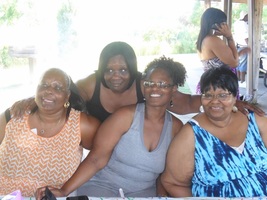 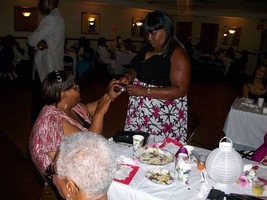